Seventy in Japan -- Still Having Fun.

Today is my 70th birthday. That is a pretty scary number, though I don't feel any differently than I did at 60. I'm older -- I have joked with some of my friends that this is the year we go from being "older" ladies to "old" ladies.

I'm fortunate in that I'm healthy and seem to be getting healthier. Maybe it's all the walking, though I have always exercised and continue to do so outside of the constant and required walking. All my old injuries are manifesting traumatic arthritis, and I seem unable to convince my knees to improve no matter what I do, which does not bode well for possible future skiing.

In Japan, one gets goodies for getting old. Some don't kick in until I am 75 but there are a couple of others that start now. I got an envelope of coupons from Ota-ku and discovered that I get discounts at various hair salons! Only a couple of times a year, but, hey, that's nice! I'll be going in to get my Silver Pass, which, for a small fee, will let me ride various bus lines for free. I'm looking forward to exploring the bus lines. I know they're out there, but I haven't been using them. I've been using trains almost exclusively, but there are hints that sometimes buses might be more convenient.

Then there is the bath house pass!  Woohoo! This gives me discounts at my neighborhood (and other) onsen! Half price!

I think there are more benefits to aging that aren't necessarily confined to Japan, but I'll find those as I go along. For now, these are pretty darned good.

And this is what I look like. Not too bad for an old lady. 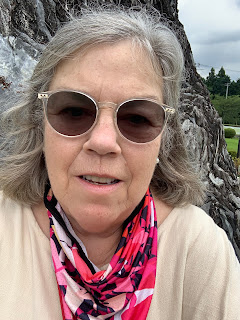 On August 2, 2017, I set a match to the last metaphorical bridge and stepped onto an airplane to come to Japan. I didn't have a job, and I didn't want one. I didn't have a residence visa but a brand new section of the immigration code gave me hope for one, only I had to file for it while in Japan.

I had three suitcases. I had a couple of boxes and my skis to come after me. My plan was to return for my cat or have a family member bring him in connection with a pilgrimage. I didn't really burn every last one of my bridges; I think my family still likes me. I still like them, anyway. They still have some few things I'd need to set up a place to live somewhere if Japan kicks me out. They decided to keep my cat, who, admittedly, is much happier there with a house and a yard, other pets and several humans. Here, he'd have a Tiny Tokyo Apartment and me. How incredibly boring. 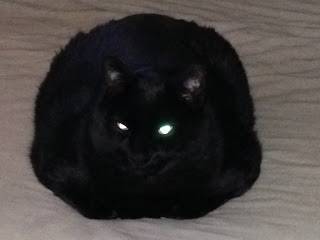 It took forever for my visa to be granted: eight months, to be precise. I had to go to Korea twice, for a total of some eight weeks, if I recall. And I wrote much of a book in a hotel room with no window. The stress levels were red-lining. But I did get the visa, first of its kind. Good for one year. I dealt with discrimination in trying to get an apartment: no job, so no employer to stand up for me, only a single year visa, and of course I am a foreigner.

In  a short time, I moved to a better apartment, owned by the same owner (I like her a lot; a real benefit) and I have a tiny garden. But because of all this nonsense, going back to the US even for a short visit was out of the question. Especially since my visa presumes I will write and publish a book every year. This, I'll have you know, is not easy. Books do not write themselves in the middle of the night. The Shoemaker's Brownies don't come and publish them while I sleep. 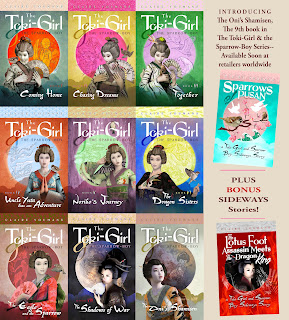 Buddhism is my huge, main, personal reason for my being here, though I don't think Immigration cares about that. Still, I am involved in my Temple and go there often. When I can. I make pilgrimages to Taisekiji monthly. When I can. (See: COVID, below.) 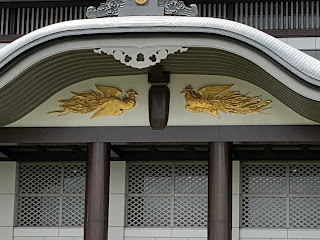 Then there is the whole Settling In part of moving to another land, one that speaks a language in which my capabilities are improving, but still not fluent, and which thrives on bureaucracy, requiring going here, there and somewhere else, and filling out tons of forms in the language I kind of speak, read a bit, but absolutely do not write. Much of this must happen on an annual basis.

I made a trip to Hokkaido in connection with a book I was writing, and was there when COVID hit. It hit in Hokkaido first, and it was terrifying. This disease was killing people and nobody knew anything about it. I got back safely, but for months I could barely leave my apartment. Nobody could. Nobody could leave Japan, and nobody could get in. Permanent residents who happened to be abroad when the boarder closures happened were stuck. Nobody was going anywhere but the grocery store or out for a little exercise. Even the Temples were closed for a while.

Then I broke a vertebrae while repairing my electric assist bike. Note to self: do not lift anything heavy and twist at the same time. That was also...not fun.

Finally, we got vaccines, and you bet I am getting them the instant I get my coupons from the local health authority. Japan doesn't just slavishly imitate other countries when it comes to public health. They do their own thing, and they seem to do it very well.

Incrementally, the borders are kind of opening. But I can't leave with any assurance that I could get back in, not with that one-year visa and virus variants happily mutating. And nobody who doesn't have some special urgent familial or business need can come in.  My family and friends can't come for pilgrimages or simply to visits. Not just yet.

As of August 2, 2022, it's been five years since I came to Japan.  My birthday's next week so I have to brave bureaucracy to go change a bunch of registries and apply for what should be benefits. I write books, I travel domestically, and I seem to get healthier. I got a driver's license last fall. That was not easy. I am plotting and scheming to figure out how to get a longer visa because, yes, I want to stay. 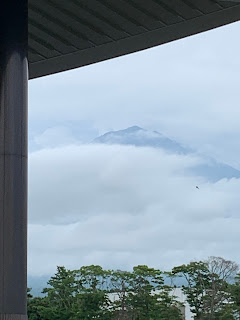 I can't believe it's been that long and at the same time I can't believe I ever lived anywhere else. It's taking a while but I am learning how to live here. I have also signed up for a class so I can finally learn kanji, so I can effectively read. Sadly, the advent of translation apps has meant I can't just acquire this knowledge by living, which is how I acquire most of my advancing language skills.

Very soon, I hope, my family and friends will be able to come here for pilgrimages and holidays, that driving ceases terrifying me (WRONG SIDE! YIKES!) and I finally figure out my garden's preferred crops and growing seasons. 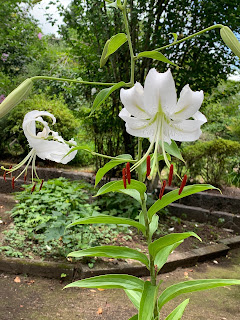 I want to show you my Japan.

Posted by Claire Youmans Author at 12:43 AM No comments: