Step Away From the Computer

Every week, I receive hundreds of special offers for various books published by writers like me who hope that I will be sufficiently attracted by the newsletter mentions and ads they have paid for, all in areas that I enjoy reading, to download the free book or maybe even buy the discounted one.

These hundreds of writers, I generously assume, from all over the world, work hard to produce and publish high quality books. They are doing everything right and doing everything the dozens of nearly identical marketing courses, blogs, lists and emails they are buried in daily tell them to do to bring their books to the attention of the readers who will enjoy them, and I can't, just can't, get to all of them.

The convenience and imaginative stimulation of the written word with the complexity and depth provided by books is so much better than the tiny little snippets of "content" provided by video, "talk" or audio media that take so much time yet give such little reward. To all my fellow authors out there, whose books I want to read, but cannot even find, I apologize. I try to be generous to those people who can't read MY books, even though they're good, they win awards, they even hit best-seller occasionally, and I know you'd like them.

We writers are supposed to "engage" on "social media." I've spoken before about how incredibly repetitive it has become, with so many nearly identical posts about the same few topics. Now, we're supposed to do even more. Besides set up Discords so we can talk to people (about what?) we're supposed to take pictures (of what?) half a dozen times a day for Instagram, Twitter and Twitch and who knows where else, and now we're supposed to sign up for literally dozens of courses on how to use Tik-Tok, the fad of the moment, and learn to make videos -- in addition to those we're supposed to be making for YouTube. Why?

You're boring me, Social Media. I don't know if it's Pandemic Fatigue or Media Overload or that other people are simply as darned boring as I am, but I'm not seeing anything new.

Now we're all even more overloaded with all the things our busy little monkey minds have come up with. We have all had a dearth of stimulation because we haven't gone anywhere or done anything. But saying "Let's start a new SOMETHING that will be ALL THINGS TO ALL PEOPLE, not like the other 1289 almost identical SOMETHINGS already out there! So when this is over...." is not the answer.

Besides, you already did that. And it may even be good, but it's lost in the overload tsunami and taking your time, savings, effort and love with it.

It isn't over. It isn't going to be over. If we don't die of COVID, we'll die of boredom.

So do it. Do something new. Do something different. Turn off the computer, except for research purposes. Stop posting things unless you have something new to say. Do something. Anything. Just don't sit around doing all the same old stuff and throwing it at each other on the Internet. 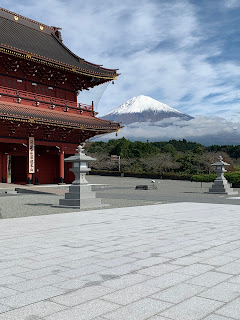