The big marketing deal for writers -- now that anybody can dump anything they want into the book marketplace --  is supposed to be to write and give away freebies (always) through many expensive ads in a variety of expensive places (always), paying for reviews (if they offer them) and a mention in their throw-away emails or even snail-mails (if they offer that), and building an email list.  This has been going on for a number of years, and gets bigger and bigger and bigger, with new advertising players entering the market place every day, but as a marketing strategy, does this work?  I am not seeing evidence that it does.

There's always been a huge industry aimed at separating writers from their money.  It's just moved to a new, internet, address.  From what I can tell, this pay to play approach doesn't work very well.  I see so many FB ads about groups that want to "teach" me how to do the exact same things, and build that list.  The goal is no longer reaching your readers and selling books, it's building a mailing list.

I've followed a few groups that sound like they might do something different, something effective, but I have been consistently disappointed.  It's always the same thing.  It's like sending manuscripts to "agents" who charge "reading fees" which results in shilling for very expensive "editorial services" and no real agenting at all, ever, which used to be the marketing scam of choice.  Writers need to resist this and come up with their own ways of building a readership.  This may be the very old fashioned way of continuing to write the best books you can, get them out as best you can and trust time and the quality of your work to build readership over time.

I see in the groups and ads so many people saying they've done everything they are supposed to, and they still aren't getting a good "ROI" on their investments in advertising.  In other words, there is little to no connection I can find between the effort and money the writers are putting out and actual sales.  It's not enough to justify me dumping thousands of dollars and inordinate amounts of time into somebody's wishing well based on nothing but hope and prayer.

The only curation I see going on is based on the ability and desire to pay to play.  This is a huge part of the problem.  There're a lot of very badly written books out there.  This lack of curation defeats the supposed purpose of these marketers.  There's simply too much out there, and there is no curation.  It's hard to find the good books, though they're out there.  Only the ones written by people with deep pockets get exposure.  Eformat publishing removed the gatekeepers.  That system was very flawed, controlled by connections and little more, but we're now in a period of chaos.  There's no curation; there are no gatekeepers to keep us from being deluged with garbage.

I'm afraid that time will be the only solution, as opportunists will run out of suckers and actual gatekeepers will once again appear.  We're in a period of evolution.  We need to find a way to separate the wheat from the chaff, of establishing and seeking out curators we can trust to tell us what's good based on something more than how much they're getting paid to say it.

We need to start loving the gatekeeper.


Posted by Claire Youmans Author at 12:02 PM No comments:

A haiku on spring in the mountains.


The lilacs now bloom;
My house full of fragrance.
It's going to snow.


Book 4, Uncle Yuta has an Adventure, is off to the formatter, for what we used to called typesetting.  The illustrations are ready, the glossary's done, and it's going to be another lovely book, full of action and adventure in a society careening towards the 20th century.

It'll be out in mid-June, and Book 5 is already swirling in my head. 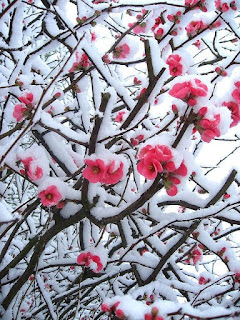 Posted by Claire Youmans Author at 2:48 PM No comments: