My friend Lisa, who got me into teaching skiing before I thought I was ready, showed me a wonderful little trick.

It's the six-word biography.  It's distilling your essence into six little words that tell the world where you're at.

In writing it, you also figure out yourself, a strong statement of what you are, what you do, what you are.  It's rather like haiku, paring things down to essentials.

It's not set in stone.  Change it every day, if you want, but give it a try. 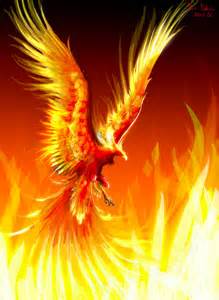 
and all the usual outlets.
Posted by Claire Youmans Author at 8:58 AM No comments:

Some people seem to think that exercise should NOT BE FUN.  It should hurt, it should require huge expenditures, and you should probably cry -- no pain, no gain, right?  If you can't do it at Olympic levels, you shouldn't do it at all, and you MUST beat yourself up if you don't measure up to some arbitrary standard.

Why not just go out and have some fun?  Take some lessons, learn how to do whatever it is right so you don't get injured, but make fun and enjoyment your goals.

Those will take you a lot farther.  FUN is a worthy goal.  Exercise is a side-benefit. 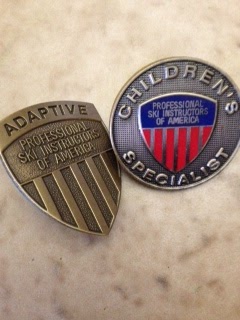 
and all the usual outlets.
Posted by Claire Youmans Author at 11:51 AM No comments:

As a writer of books for tweens and up, I am often surprised by what's "allowed" and what is not.  What's allowed is violence.  What's not allowed is sex, including sex connected with love.  Sex-ISM is not only allowed, it's encouraged.  What's up with that?

We have created a culture that glorifies violence, especially gun violence, that views guns as kind of sentient magic wands that jump up and shoot people of their own volition, or the mere production of which will cause anybody to cower and do whatever is asked.  Unless the person holding the gun is a woman, in which case any given man can immediately walk up to her and just take it from her shaking hand.  Women, in this violent culture, are intrinsically cowards and lesser beings to be used and abused sexually by any given man, and who are only valued and always judged by their sexual appeal to any given man.  We glorify this violence particularly in visual media but also in writing and music.  Do you really think any of this is a good thing?

If we want to change that, we must change our underlying culture.  More laws directed at the already law-abiding are not the answer, but there are a few things every single person can do individually to change this situation, right now, today.  It doesn't require more laws.  It requires individual common-sense action on the part of everybody. Here are a few things you can do today that will help.

First, educate yourself and your children on gun safety.  The first two rules that anyone can master are so simple pre-schoolers can learn them, and they should.  Much to most accidental gun violence is preventable with two simple rules.

1.  Guns are dangerous.  DO NOT TOUCH unless you know what you're doing.  There is no such thing as an unloaded gun.

2.  Guns aren't toys.  This includes pellet guns.  NEVER point a gun at anything you don't plan to kill.  People, don't leave guns lying around, any more than you'd scatter knives around your house where little kids can get them.  Store them safely.  Drugs, including alcohol, and guns don't mix.

When you get to the range for lessons, and you should, especially if you own or want to own a weapon, you'll learn a couple more very easy ones first thing.

3.  Keep your finger outside the trigger guard until you are ready to fire.  You'll also learn how to carry and store your weapon safely, at the range, in the car, at home, and when hunting so accidents DON'T happen.

4.  Look behind your target to make sure you're not going to hit anything you don't want to when you miss.  Unless you're an expert, you're going to miss almost all the time.  Even if you are an expert, you'll miss a lot.

Second, make your voice heard against the over-armament and over-reaction of police.  On LA TV, one sees constant videos of police with entire arsenals directed at citizens.  It's "shoot first and ask questions later."  Yet, a high percentage of the situations I see could be solved with non-lethal weapons.  Let's make non-lethal weapons the first choice.  Are they available?  Sure.  Sleepy-gas, tranq darts, bean bags, Tasers and  pepper sprays are but examples.  There are many choices before lethal weapons are deployed, including martial arts for use in close quarters.  This works in countries where the police are generally unarmed without special circumstances and authorization.  Don't escalate; DE-escalate.

Third, avoid and protest media that glorifies violence.  This is often connected with the dehumanizing and abuse of women in said media.  You see some guy (and it's always a guy) standing penis-forward with his penis-extender held sidewise?  Recognize that this guy is an idiot.  That isn't how you shoot.  The odds of a person untrained in combat actually being able to shoot another person are very low.  But if you need to, you present the smallest possible target, and you hold your weapon upright so you can, you know, AIM IT.

It wouldn't hurt to take up a martial art, and enroll your children in classes with you.  At least watch martial arts movies.  Guns aren't the only game in town when it comes to self-defense. A method of defense that teaches respect, self-control and that can't be taken away from you and used against you?   What a good idea!


and all the usual outlets.


Posted by Claire Youmans Author at 10:17 AM No comments:

Where I live, citrus won't grow outside.  Too cold.  Yet, I'd love a lemon tree.

So I am growing one.  It's possible to start with seeds -- one JUST came up! -- and miniaturize the tree.  This isn't quite bonsai, which has very specific rules, but involves many of the same techniques, including pot sizes, root pruning, branch pruning and shaping, so that, some day, I'll have something like THIS: 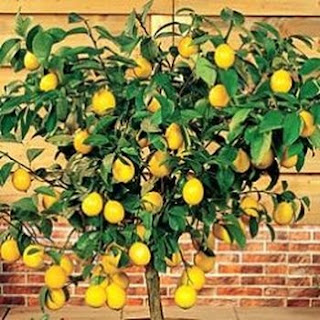 A nice house plant that'll give me wonderful flowers and as many lemons as I could want.

Get Book 3 a contract:  vote at
http://forums.onlinebookclub.org/shelves/pub-contest.php?u=77904
The Toki-Girl and the Sparrow-Boy
http://www.tokigirlandsparrowboy.com
Hard and e-formats available at: http://www.amazon.com/dp/B010F01B52
https://www.smashwords.com/books/view/554066
and all the usual outlets.

Posted by Claire Youmans Author at 12:05 PM No comments:

Along with the rest of the world, I mourn the death of David Bowie, even as I celebrate the release of his powerful testament, BlackStar.  Buy it.  It must be listened to as a musical whole, and it is wonderful.  Bowie truly made a work of art of his entire life, and he finished it, too, with his final projects.  Genius all around.

Bowie became friends with Nina Simone many years ago.  She says he told her that she was a true artist (paraphrasing) because her art came first, while his own was tempered by commercial possibilities.  I am a huge fan of both, and cannot agree or disagree with anything except the question posed.

This is a question I think only each artist in whatever medium can answer individually.  It is important, however, I think, for the artist to make work that is accessible to others, whether the artist cares if it's ever encountered by others or not.  Only in the making of accessible work do we finish the job.  If we as writers ignore the need for editing, copyediting and formatting, I don't think we're finishing our work.  If we don't rewrite, refine, and make a readable page, I think we're showing the world that we are not done.  It may not matter whether anyone else shares one's vision, or whether one puts one's vision before the world, or even a single other, but until we have something complete and ready to present the world, we aren't done.


and all the usual outlets.

Posted by Claire Youmans Author at 11:24 AM No comments: