Here in the mountains, it feels like spring, with the ski areas closing, the snow rapidly melting, boats occasionally appearing on the lake, trees and shrubs starting to leaf out.  The ume (flowering plums) are in bloom and the sakura (flowering cherries) and apples are just starting.
Everybody wants to garden!
But it's still below freezing at night, and we can't plant our annual flowers or vegetables until all danger of freezing nights is past.  Since the area is known for it's Mothers' Day (2nd Sunday in May) storms, mid-May is considered actual planting time, for little plants started indoors from seeds, in a greenhouse or in one's house.  We have a short growing season, so we have to take advantage of it.
That doesn't mean I can't start preparing my raised beds.
They're made of discarded and, now, recycled dock floats.  When one starts a raised bed, it's necessary to provide for drainage.  These have holes in them, but it's also a good idea to provide a base of small rocks for additional drainage.  This is what I did today. 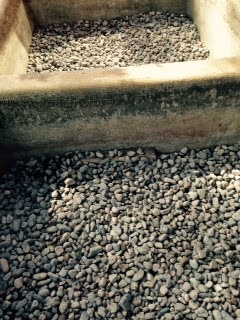 Over the next couple of days, I'll go get the soil and addenda (like manure), put them in the beds, mix them all up, and let the garden think about things until it's time to plant.  Then, I'll put in the little plants, which I am buying this year, make watering arrangements with a timer-driven top-down portable sprinkler, run some chicken wire for climbers to climb and to keep out little critters, and sit back to watch the fun!  The nice thing about a garden is you only have to plant the things you like -- heirloom varieties, varieties that taste better but don't ship well, and all organic, of course.  Future YUM.
Posted by Claire Youmans Author at 4:36 PM No comments:

Chasing Dreams, Book Two in The Toki-Girl and the Sparrow-Boy series, is GOOD!

After I finished the draft, I let it rest until the end of ski season.  I taught and prepared for the Professional Ski Instructor's Association exam, which I passed, while it rested enough to allow me to read it with critical eyes.

When I re-read the draft, I expected to find holes, lags, and other major re-write things to fix -- all the things I thought about when I couldn't sleep and should have been worrying over disabilities that affect skiing.  It's not ready to go out without an edit and copy edit, of course, but I was surprised at how little needs fixing, how the pace zips along, how there really isn't too much exposition, and how the things I hoped would be scary, or funny, or interesting actually turn out that way when I view the manuscript with fresh eyes.  This is a wonderful feeling for a writer to have.

Since I do plan another trip to Japan soon, during which I will happily research Book Three, among other important things, I'm going to get going on getting Chasing Dreams ready to publish, with an anticipated publishing date in June.

This is so exciting!

Posted by Claire Youmans Author at 2:16 PM No comments:

I would build a room onto my house
Just to house this instrument
If there was any hope that I could ever play it.


Violaorganist
Posted by Claire Youmans Author at 9:33 AM No comments:

St. Patrick (with an assist from Alton Brown)

Today is St. Patrick's Day.  Patrick is an Irish saint whose Catholic feast day is celebrated March 17.  He, and the wearing of the green, have been used as symbols of Irish independence from the UK, mostly supported by Catholics.  The other side wears orange.  Eire is now independent, though Northern Ireland remains part of the UK, and the politics there are still contentious.

In the USA, particularly, which has more people claiming Irish ancestry than the actual population of Ireland, St. Patrick's Day (abbreviated correctly as St. Paddy, NEVER St. "Patty") is simply one big party, with parades, semi-traditional foods, lots of green everything, and lots of drinking.

Besides corned beef (often cooked with cabbage) and Irish Soda bread, which is easy to make and delicious, there is a particularly delicious dish called colcannon.

There are as many recipes as there are cooks to make it, but it's peasant food made of ingredients as simple as boiled potatoes mashed with green cabbage, salt and pepper -- or you can get fancy, depending on what you have.  It is surprisingly delicious for such a simple recipe.

Last year, I used Alton Brown's recipe for whiskey-glazed cabbage to mix in with my mashed potatoes, and it was FABULOUS.  I told Alton.

He took the idea and ran with it, turning the fabulous into the fabulously extraordinary.  He calls it the Irish Trifecta, and the recipe easy enough to find on-line  -- try "Alton Brown Irish Trifecta."  He sautéed the cabbage in browned butter, setting aside half the butter for topping, used a mix of red and white potatoes, and added milk to the mash.

I made it last night to celebrate, tossing back a couple of tweaks.  I didn't have red potatoes, so I used all white.  I did add a little milk to the mash, which I usually don't, and a touch more whiskey (he dares you!), and tossed a few garlic cloves in with the boiling potatoes.  Yes, is doesn't look like much, but it tastes incredible! 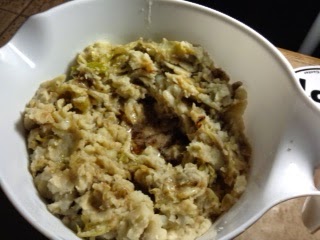 Posted by Claire Youmans Author at 12:11 PM No comments:

I haven't been blogging much the last few weeks because I am teaching, studying and practicing for the PSIA level 1 ski instructor's test next Monday.
That's not to say I've not been having fun -- teaching is an immensely enjoyable thing to do, especially the adaptive population that forms our student base.
The rest of the time I have to catch up on the normal things of life.

When this is done, I will be working on Draft Two of Chasing Dreams, the second book in The Toki-Girl and the Sparrow-Boy series, then proceeding on with the publication so it'll come out in time for summer vacation!  I also hope to schedule a research trip to Japan for Book Three!

I am already working on ideas for internal illustrations.  The cover will, I hope, be done again by the fabulous Franki Chan.

Then it will be boating season! 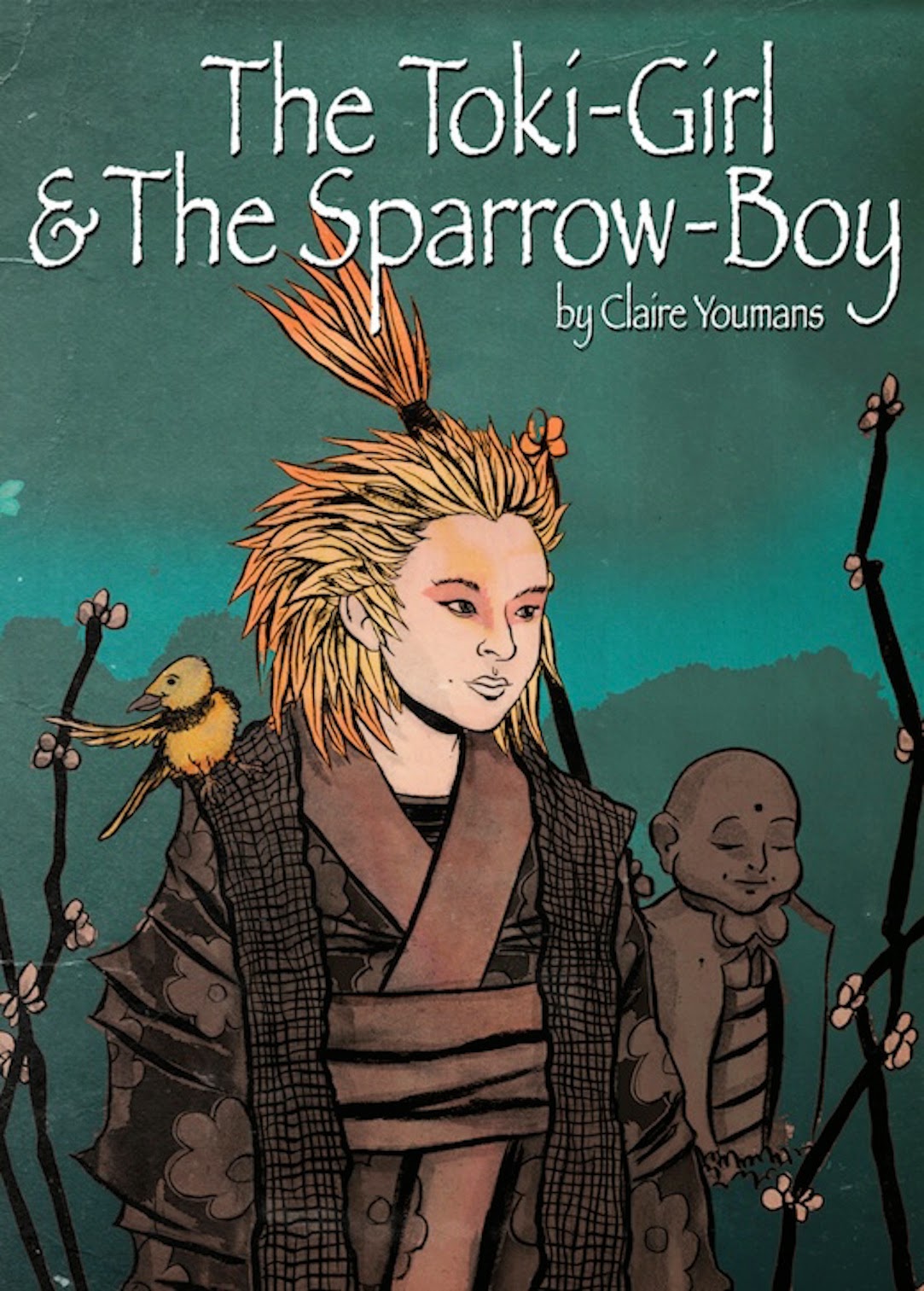 Posted by Claire Youmans Author at 10:56 AM No comments:

This remarkable textile artist creates not only fine art installations but also playgrounds.  She bases her work in crochet.  Crafts are generally held to product items that are usable but not necessarily decorative.  Art items are decorative and symbolic.  What happens when a crafter makes an item that requires math and engineering skills, that is for use as well as beautiful, and stretches the limits of her craft and materials?  This:

Yes, there are pictures.

What can you do?  How far can you take it?  Perfection of form?  Burst the limits?  Whatever you want.  She has.
Posted by Claire Youmans Author at 11:12 AM No comments: