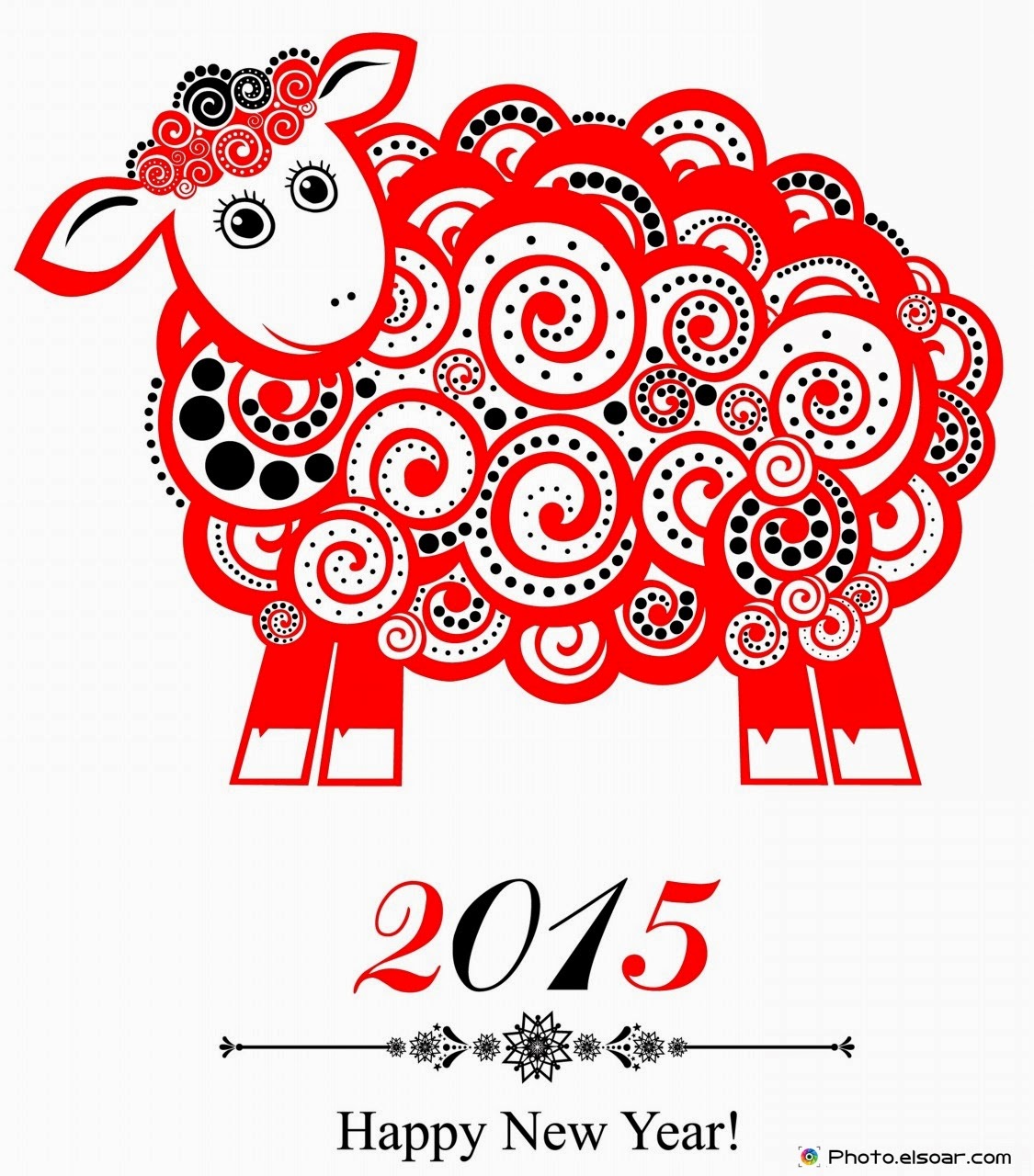 Posted by Claire Youmans Author at 4:21 PM No comments:

Japan customarily celebrated the New Year by the Lunar Calendar, which will bring New Year's on February 19 this year, with the beginning of the Year of the Goat (or sheep; this seems to depend on personal preference).  For this reason, classic Japanese writings often refer to the New Year as the start of spring, as that's about when the first signs of spring return to the land.
In 1873, however, during the Meiji period, Azuki and Shota would have been stunned to see the Western calendar adopted and all the holidays moved!  Now, Japan officially celebrates New Year's on January 1, with a giant holiday and party!  People decorate with pine and bamboo, and also braided straw ropes.  It's usual to make or buy mochi for one's altar (small cake atop big cake, with a mikan (tangerine) or daidai (another small, but bitter, orange) on top, which is eaten over the course of the holiday.
New Year's Eve, people customarily eat soba (buckwheat noodles) for dinner or supper because the length of the noodles symbolizes long life -- but don't eat them after midnight!  At the stroke of midnight, temples and shrines all over Japan ring their bells 108 times, which represents earthly desires, which some Buddhist sects believe must be eradicated to attain enlightenment.  In some sects, this is followed by a special service to usher in a most wonderful new year.
After THAT, people often stay up to watch the sunrise, trekking to someplace scenic, because "firsts" of things are important in celebrating the new year.  People who haven't visited a shrine or Temple the night before will often attend during the day to make offerings for fortune during the coming year.  At popular Temples and shrines, well, it's great fun, because the party just won't stop.
The holiday continues for several days, with money gifts for children, traditional games, New Year's cards specially delivered on January 1, making and receiving calls and visits, and traditional foods known as O-sechi-ryori, which are special dishes with lucky symbolism.

And then...a number of people like New Year's so much they'll do it again when Lunar New Year's comes around! 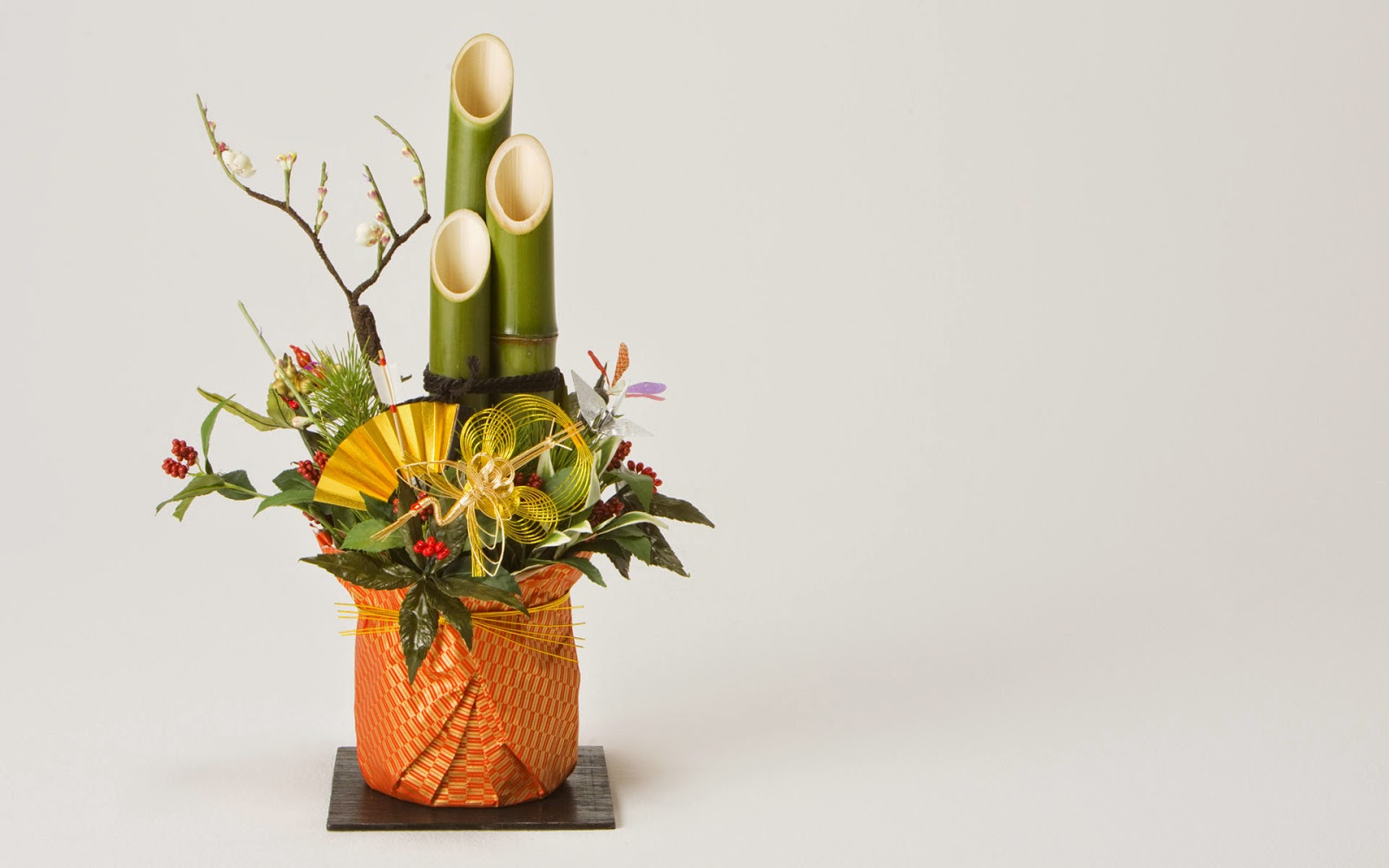 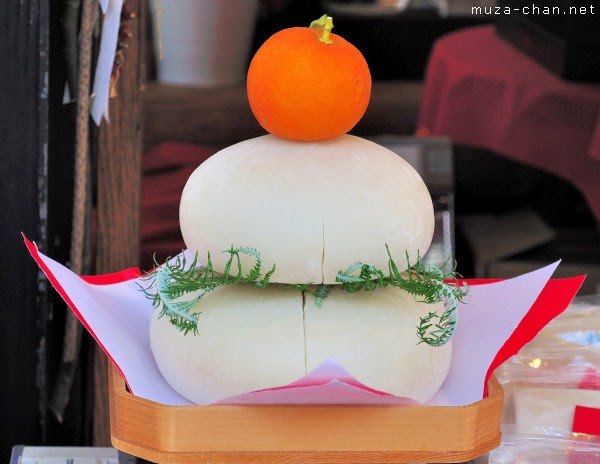 Posted by Claire Youmans Author at 11:50 AM No comments:

What a glorious day!

The snow guns must blow, or we won't have snow,
And what will the skiers do then, poor things?

We'll jump on a lift, slide over a cliff,
and ski down as if we had wings!


Have a wonderful holiday, everyone! 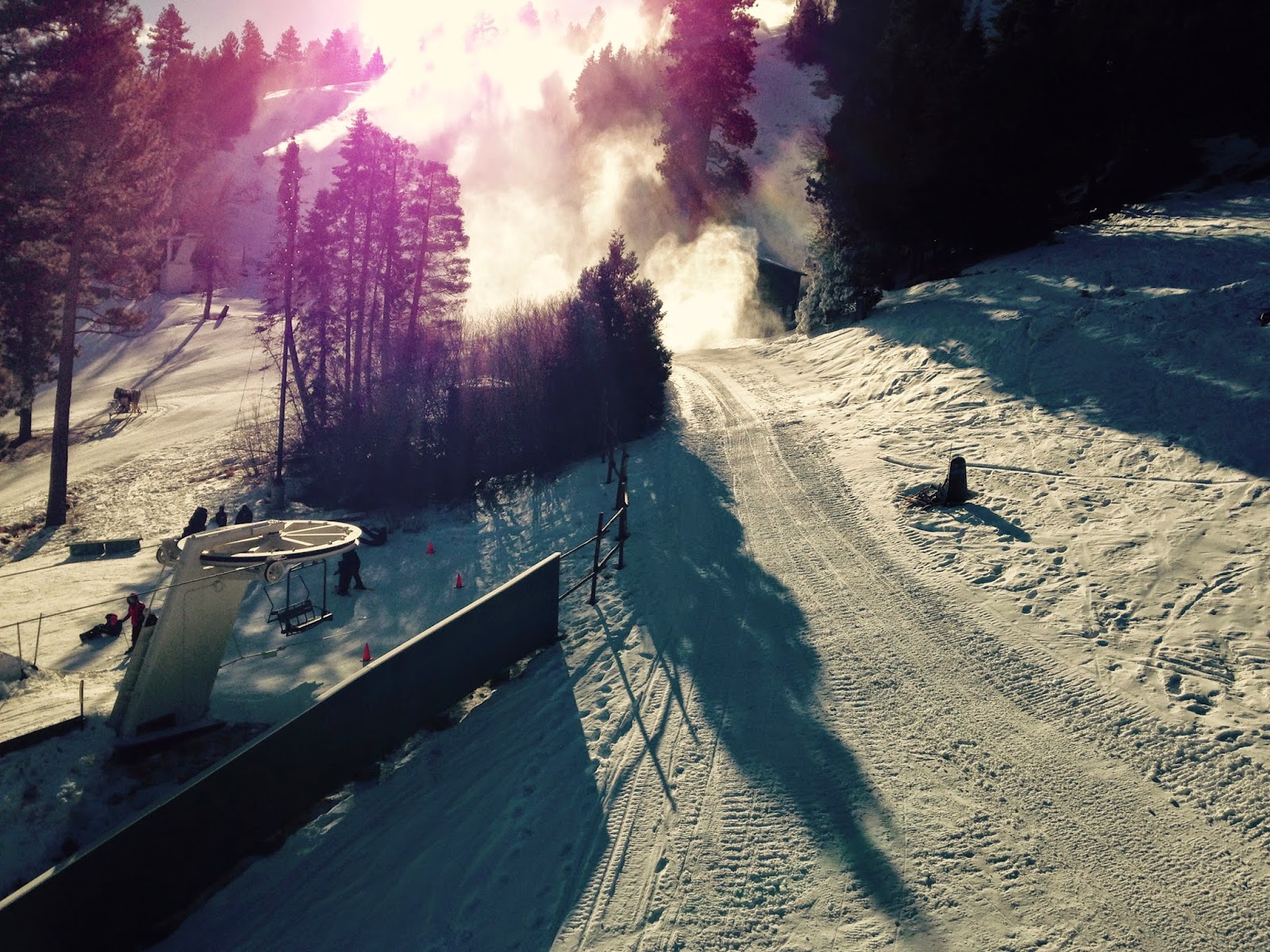 Posted by Claire Youmans Author at 1:20 PM No comments:

The Key to the Universe


When I was very small, I somehow got the notion that I wasn't allowed to read until I actually started kindergarten, when I would be officially "taught" and the wonderful world of books would become, at last, MINE!

I was very naughty.  I did it anyway.  Under the covers, up trees, in every hidey-hole I could find, anything I could get my hands on -- which made for an interesting literary mix, much of which went over my head, since dictionaries were still uncharted territory, but I didn't care.  Reading was the key to the universe!

It was a huge relief when I actually did start kindergarten and didn't have to sneak around any more.

The Toki-Girl and the Sparrow-Boy is still on sale at Amazon Kindle for your last minute shopping pleasure!

Posted by Claire Youmans Author at 8:01 AM No comments:

I've donated books to a local toy drive because I strongly believe in children's literacy.  Books are interactive.  They inspire the imagination.  They teach in the context of entertainment.  They spur creativity.  No other medium does those things anywhere near as well.

The Toki-Girl and the Sparrow-Boy is ON SALE through the holiday season at Amazon Kindle.  It's only $0.99.  For less than a buck, you can give a child a world.  Why don't you?

This is what I saw today, another perfect day on the slopes.  Then I went home to write. 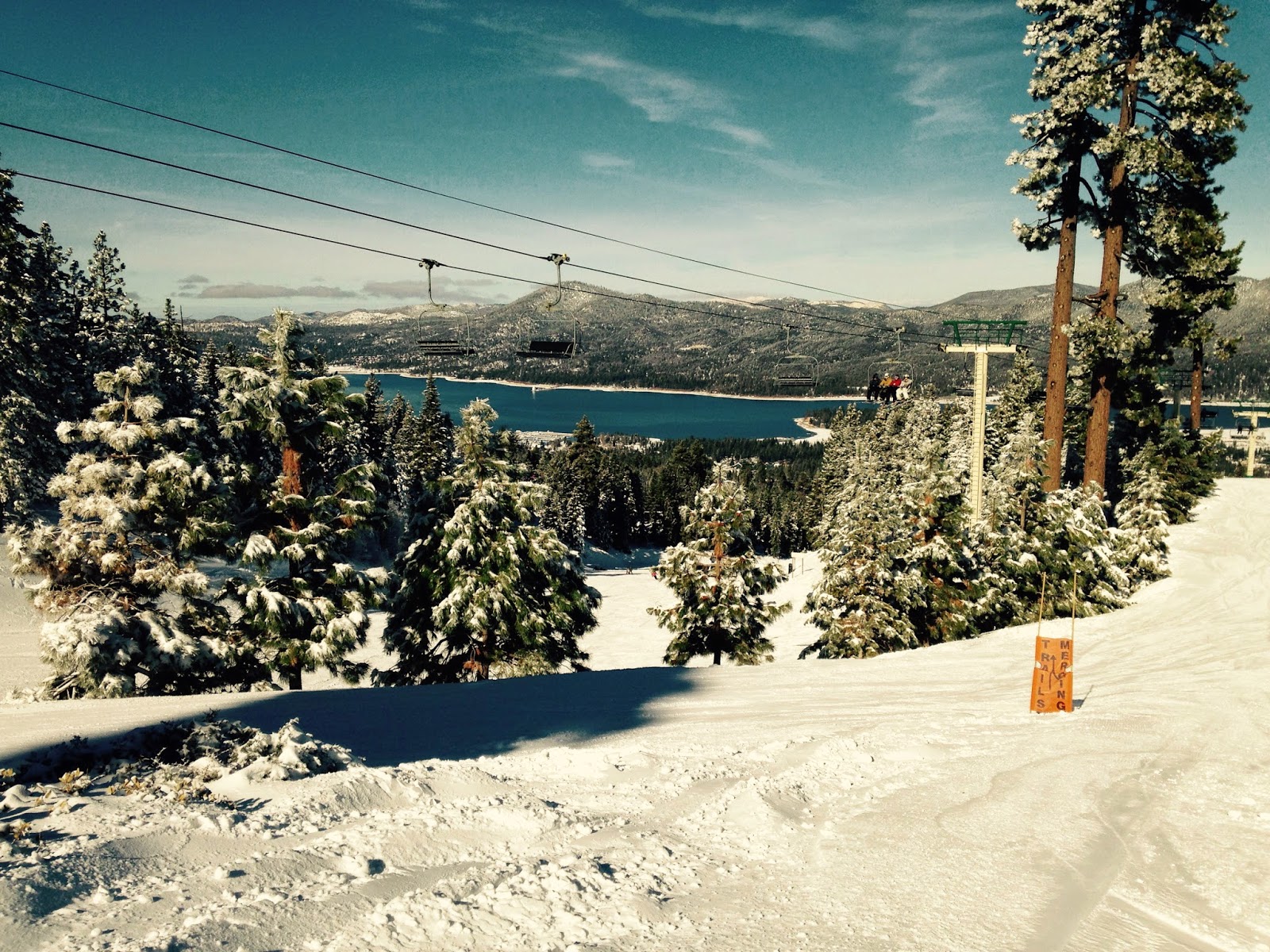 But before I went home, I did this:  Giving books to Red Werner for the Kiwanis Toy Drive.  What better gift? 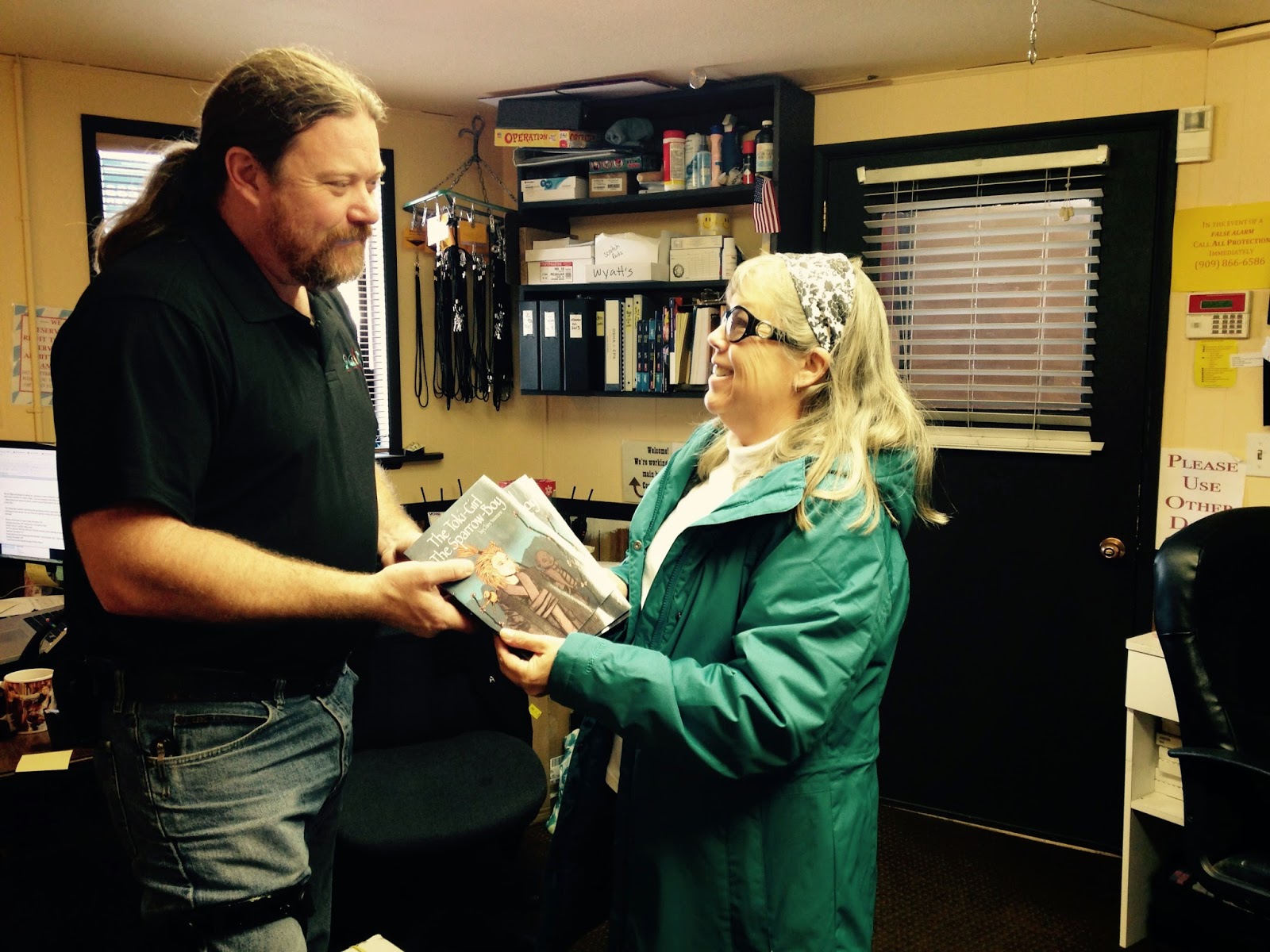 Posted by Claire Youmans Author at 6:21 PM No comments:

While Azuki and Shota are rushing through an autumn landscape as I write Book Two, it's snowing where I am, and utterly gorgeous.  Morning is a good time to bake, to heat the house before the wood stove really kicks in.  So, today, I made fruitcake.  If you've only ever had commercial fruitcake, you haven't REALLY had fruitcake.  This is a "summer" fruitcake, that doesn't have to age before eating, and makes a smaller quantity.  The secret to real fruitcake is the liquor.  My recipe uses brandy for macerating the fruit, and the cooked cakes are spiked with brandy.  My larger classic recipe also uses brandy, and had to age six weeks, but even in my family growing up, it makes so much we'd usually break out the last cake sometime in the summer.  So good!
The Toki-Girl and the Sparrow-Boy is ON SALE NOW in Kindle format for $0.99.  It's a great last minute gift or stocking stuffer.  When you give a book, you give a world. 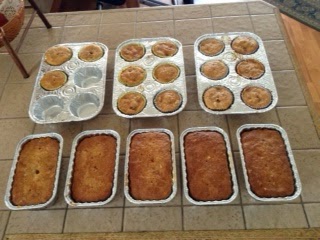 These are out of the oven, on the counter, having just been spiked with brandy while hot!  I can testify that they taste great, too.
Posted by Claire Youmans Author at 12:10 PM No comments:

It was so much fun to attend the Book Fair at Walden School in Pasadena last week!  I met many of the young artists whose illustrations grace The Toki-Girl and the Sparrow-Boy, some for the second time!  All the kids created drawings from the chapter I read, and they were spectacular!

This European Starling is sporting winter plumage.  Watch for the changes in how the birds around your house look as the weather becomes cold.  In many areas, it's good to leave water out for the birds because their usual water sources are frozen!

The Toki-Girl and the Sparrow-Boy is STILL ON SALE at Amazon Kindle for just $0.99 through the holiday season!  Grab this great stocking stuffer right now.  There is no better gift than a book! 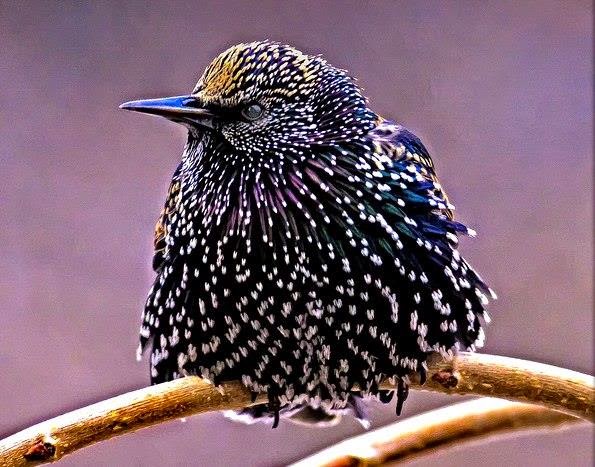 Posted by Claire Youmans Author at 9:49 AM No comments:

This fabulous interview was shot for 15 Minutes The Show!  The interviewer, Osiris Munir, brought up very interesting and adult topics.

One thing I'd like to add:  When Japan adopted its new Constitution in 1948, women -- whose rights had been curtailed mightily during the Edo period compared with previous times --  gained a lot, particularly in the areas of child custody and divorce, but no more than their Western sisters had at that time.  Since then, Japanese women generally have begun preferring a Western-style "equal partnership" model in their relationships with their men and their jobs and their governments.  This takes time, because Japanese women are judicious in what they are willing to trade for what they will gain and because Japanese systems are very different.  They also like their men, balanced marital partnerships are common, and many things about their society, including preferential treatment for mothers of young children, are things women don't want to give up.  Younger women are beginning to insist on the right to keep their birth names on marriage, which changes the way people are registered from "as families" to "as individuals," a major societal shift.  They continue to push for academic and business equality, and though the women I know are either professionals or business owners and do pretty much whatever they please, women's ability to rise in the big corporations remains very much curtailed.

Don't forget the holiday sale of the Kindle Edition of The Toki-Girl and the Sparrow-Boy for JUST $0.99!  This is a wonderful way to open whole new worlds for a child for nearly FREE!  Don't pass it up.
Posted by Claire Youmans Author at 1:46 PM No comments:

What's fun about Stones in the Color of Rare is that the author of the article about The Toki-Girl and the Sparrow-Boy, Kindle edition on sale for the holidays for only $0.99, is that Ankehte explored the adult aspects of the book, looks at Japanese versus Western society, and includes bits on folklore!  She points out that this book and its series are for all ages, like Jonathan Livingston Seagull, or Alice in Wonderland, saying "Claire has managed to...speak to humanity."  I am so grateful.
Posted by Claire Youmans Author at 11:28 AM No comments: